Mariam Mokhtar, a Malay in her already well known campaign, wrote a heroic piece rebuking what she called “Bumiputeraism” in Malaysia in Free Malaysia Today, 10 Oct. 21. She essayed 10 reasons why Bumiputeraism “is bad policy” for the Malays, viz. : Malays are being “robbed of the privilege of working hard”; Malays are using it to “bully” others, treating others “as inferior”; Malays have made a habit of “having their own way , all the time”; Malays ‘mistreat’ the Orang Asli; Malays have developed “an inferiority complex”; the Bumiputera Malay “does not have to clean up his own mess”; Bumiputera cronies “do not need to work”; “wealthy Bumiputeras” have been “spoiled by the culture of entitlement”; “the term Bumiputera has robbed some Malays of their self-respect … they have low esteem and reduced levels of confidence”; “many types of Bumiputeras” have appeared … “women Bumiputeras are always bullied”. Thus, she calls on Malays to give up bumiputeraism.

This apparently ‘very rich’ understanding of ‘bumiputeraism’ betrays poor grasp of history – no, not talking of ancient history, but recent history, the past 500 years.

What is referred to by Mariam as bumiputeraism is a Malayan (later adopted as the Malaysian) natives’ response to the historical developments that followed the conquest of the world’s seas by the Europeans that started 500 years ago. Natives’ responses appeared all over the world as the Europeans from 500 years ago seized lands from various natives, and toppled native sovereignties, resulting in what one writer has described as the “deterritorialization of indigenous peoples”.

That “deterritorialization” became ‘legally affirmed’ with the retreat of imperialism in many lands in particular in the Americas, and Australia, and New Zealand, where new states were proclaimed and the respective natives completely displaced territorially, politically, and culturally; and, economically marginalized by European introduced political and economic regimes and ideologies of ‘equality’, ‘meritocracy’, and ‘level playing field’, that disadvantage the natives gravely. Natives’ resistance by force failed miserably because of inferior firepower.

In all South America today as an example, the natives have all lost their countries to foreign minority whites who number only around 15% of the population (excepting Argentina and Uruguay where whites are majorities).

At various times during the 500 years, Constitutions were written, all in the language of ‘equality’, ‘meritocracy’, and ‘democracy’ for new states that were proclaimed by the cow boys and conquistadors on lands they considered ‘terra nullius’ (‘uninhabited’ or otherwise ‘inhabited by barbarians’) that legitimated their assumption of power and sovereignty in the those lands, and their rule over the natives, who cannot object their marginalisation as ‘the rules are fair, all are equal’.

Thus, for the past 500 years, subjugation of natives by non natives was established as a new norm in human history. Even as the world became more enlightened and the United Nations (UN) as a world body of all nations was instituted in 1945, there were no attempts to look at the fate of natives of the world. The most the UN did was produce in 2007, a Declaration of the Rights of Indigenous Peoples, not legally binding. To all intents and purposes, the Declaration considered as indigenous only those who have been reduced to minorities and marginalized in their own native homelands. No protection of the natives were demanded against the ideology of ‘equality’, ‘meritocracy’, and ‘democracy’’ that prey on natives.

The framers of the Constitution of Malaya, that later morphed into the Malaysian Constitution, while recognizing the ideals of democracy, equality and meritocracy, put a check on the normal operation of liberal ideas, and purposely aimed to “uphold” the special position of the Malays (and, the Orang Asli in a separate article in the Constitution as natives, and later in the Malaysian version, including the natives of Sabah and Sarawak).

This is the origin of bumiputeraism in Malaya/sia – for the natives to escape the ugly fate of the expected ‘norm’ of post imperialism as exhibited in the Americas, Australia, and New Zealand. In the decade prior to the independence of Malaya, British officials at the Colonial Office and in Malaya, pointed to the massive economic gap between the Malays and the alien Chinese and Indians in Malaya, and reminded themselves of their duty as the protectors to uphold the special position of the Malays in their native homeland.

Bumiputeraism is a political, economic, and empowering provision for the Malays and other natives to preserve their inherent native rights and to escape “deterritorialization”. Independence would be meaningless to them if the total sum of their rights are lesser than the ones they possessed prior to independence. As for the non Malays in the main, their fight was for a right they never had – that of citizenship – independence was irrelevant if citizenship could be secured nonetheless.

Mariam Mokhtar campaigns for the installation of that norm of post imperialism, the way it has been dramatically expressed in the Americas in the past 500 years where the cow-boys and the conquistadors sit in the saddle as mighty overlords over the natives, till today.

Her writings seek to create the passageway for that to happen in Malaysia. They seek to entice the Malays and other natives in Malaysia to abandon their resistance to domination by offering the proverbial ‘apple’ of a ‘better self’ and a ‘better future’, if they would just reject bumiputeraism. -SM 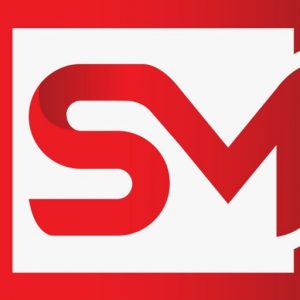 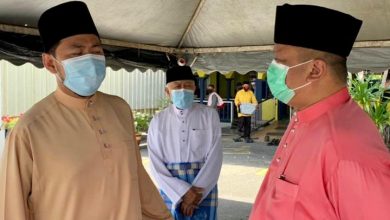 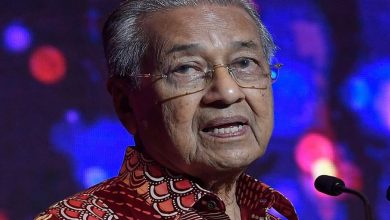 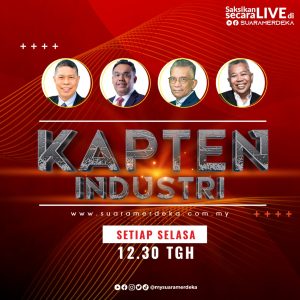